Woody and Kelly’s wedding faces some funny obstacles, before and during the ceremony, including Sam’s flirtation with a German guest who turns out to be married, the priest dying and Kelly’s Uncle Roger having to perform the ceremony – but only if he is drunk, Rebecca having to ice the cake after insulting the kitchen staff, and Lilith having to sing to the guests in order to stop them, and Woody and Kelly, from finding out the disasters going on behind the scenes. 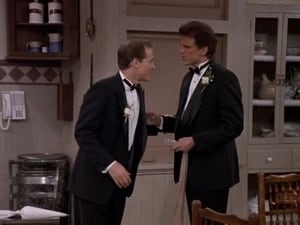