Janet has won the election and is hosting her press conference at Cheers. Diane turns up to apologize to Sam but ends up asking Janet some personal questions which causes Sam to throw her out of the bar. Later Sam and Janet talk and realize their relationship won’t work, so break it off. Sam then picks up the telephone, rings someone and then asks them to marry him….. Meanwhile Vera has been called away, so Donna is left alone with Norm, much to his horror. 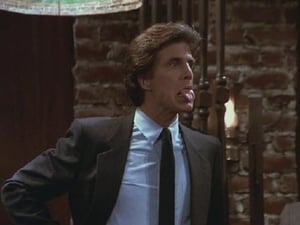